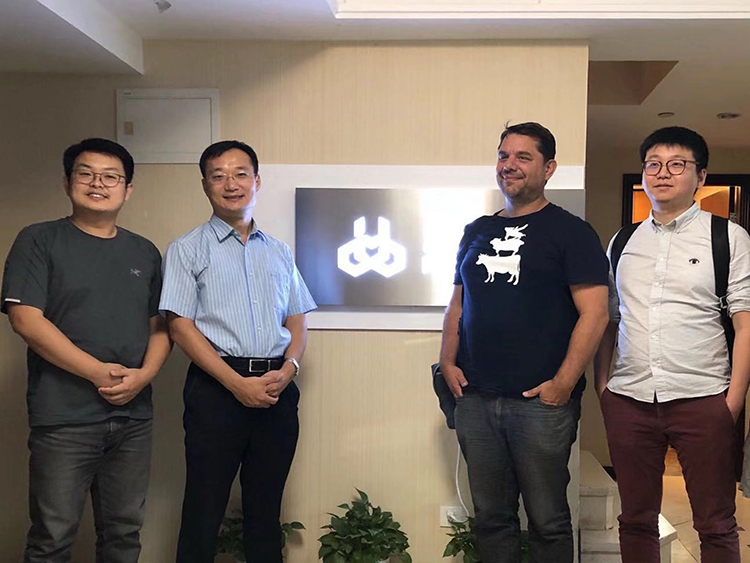 Peter Vessenes, co-founder of the Bitcoin Foundation, also one of the largest holders of Bitcoin in the world, the largest creditor of Mt.Gox; the special consultant of the US Department of Homeland Security, Coinlab, Capital 6 and New Alchemy Founder of many top blockchain companies. Peter Vessenes visited the relevant blockchain project as a founder of Capital 6, and during his one-week stay, he took the initiative to visit the office of Paralism’s parallel technology R&D team, hyperblock Technology Information Co., Ltd. And carried out a meticulous communication for three hours.

Peter admits that the first application scenario of the blockchain is still trading, and Bitcoin is difficult to be commercially viable because of its dual attributes of currency and assets. Ethereum has a good technology and developer community, and it still does perform in performance. Need to break through, and the more important issue is that it is expensive to use. At present, Paralism’s parallel technology can provide good performance for each business by implementing dynamic fragmentation of single-chain in the parallel blockchain. Its cross-chain mechanism makes it possible for different services to interact. The underlying platform for building a business ecosystem, if more development tools are available, and user-friendly and low-cost, will accelerate the development of the ecology. Peter also mentioned that you can use single-strand dynamic fragmentation technology to expand Bitcoin and clone Bitcoin into the Paralism ecosystem.

Paralism has opened the main network test network, and with the expansion of the node scale, the simultaneous introduction of industry templates and open tools. In view of Paralism’s parallel global algorithm, the confrontation is much smaller than the traditional PoW, allowing users to develop applications at a very low cost, while providing superior performance and great scalability.

Want to know more about the Paralism platform ? Download the node software to join us !