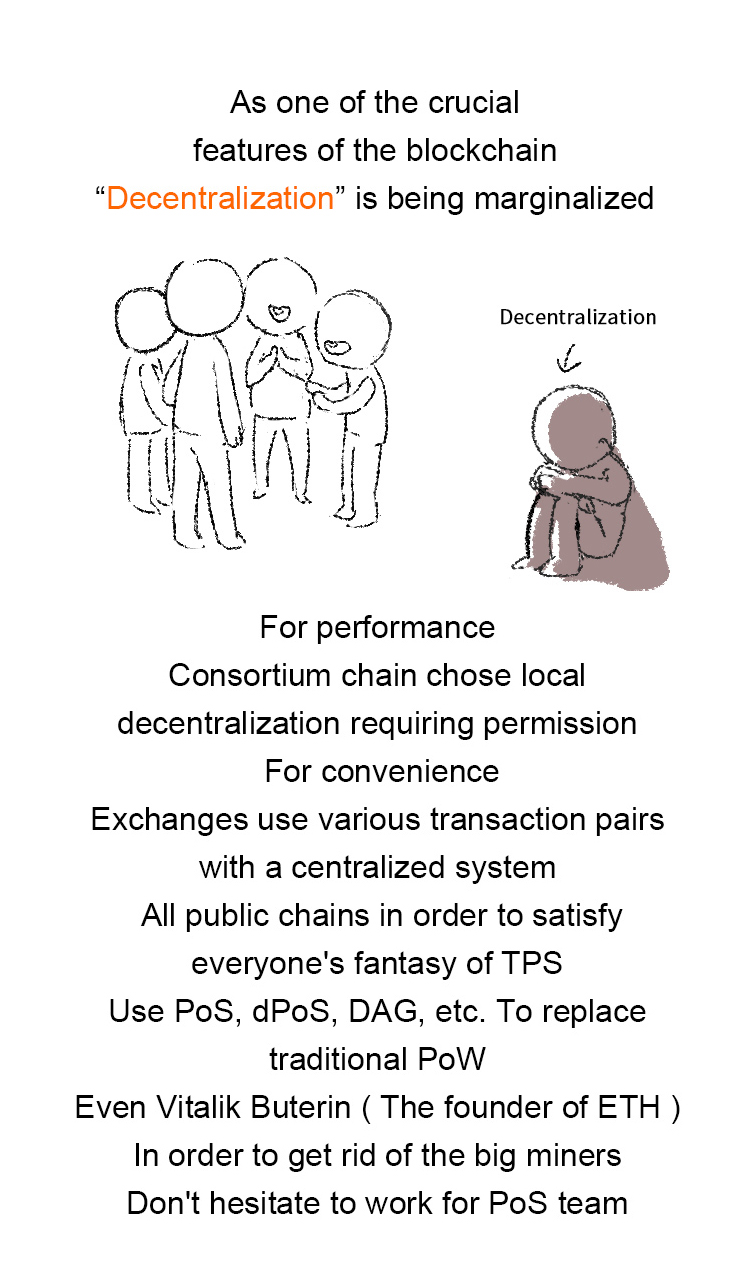 As one of the crucial features of the blockchain

Exchanges use various transaction pairs with a centralized system

Is decentralization really not worth to be cherished?

For the consortium chain that focuses on solving business problems

For an interest-oriented exchange

For XX chain which values fame more than dream

Decentralization may not really matter

The parallel blockchain of Paralism

Which is committed to building a global value network

About the reason why decentralization is so important.

If huge value concentrate in

The hands of one or several nodes

That will be the target of many hackers’ life-driven goals.

For safety, it must be decentralized

Decentralization is actually the fundamental factor for scalability

To build a Limitless value internet

If there is a privileged node in this network

The privileged will restrain the access to the network

And to build a global internet of value

Decentralization is needed without doubt

However, humans have millions of years’

History of “Game of Thrones”

Blockchain using the code to achieve decentralization is not that easy!

The Old-fashioned chain-Pow, its mining model
Although nodes can participate fairly

What they participate is essentially a fight

With the risk of 51% power attack

Publicly excluding the poor and decentralization

How does Paralism solve problem of decentralization?

Let’s go back to
The System- level Buddy consensus

It is the crucial design of decentralization

Basically all involve the competition for ledger writing rights

And only one node can finally write the book.

No matter how fair the mechanism of the previous competition

As long as there is competition, there will be weak and strong.
Thus there is a risk of creating privileged nodes

Ie. The risk of centralization

However the Buddy algorithm itself

No need to fight for ledger writing rights

When there is a demand for register on-chain

And then form the consensus

All nodes can be participate in the consensus process

And the status is completely equal

No need for “fight” to avoid vicious competition

To achieve the complete decentralization

See you next time !